Underestimate the Working Agreement at Your Peril

Home/Agile/Underestimate the Working Agreement at Your Peril
Previous Next

Underestimate the Working Agreement at Your Peril 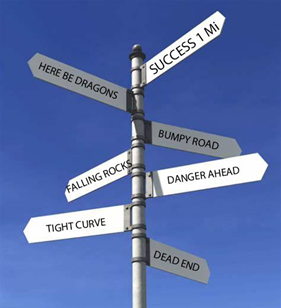 The working agreement is perhaps the most important output of a self-organizing team. It defines how we operate as a well-functioning unit, and gives us permission to hold ourselves accountable to the pursuit of excellence.

At the risk of sounding like Sheldon Cooper, a working agreement is in some respects like a roommate agreement. It defines how we keep the place clean, stop the refrigerator from smelling, and provides a clear mechanism to hold each other accountable to the objectives. Of course, a dysfunctional team doesn’t use the agreement like a club the way Sheldon is prone to. Rather, it’s a positive signpost that each member of the team can look at to help keep us on the path we know is right.

When a working agreement is done well, all the members of the team have “bought into it.” They’ve reached a common understanding of what excellence means within the context of their work and their focus. All have given it a thumbs up.

The agreement lets everyone know what is expected of one another. In the software context, it means such things as waiting to merge code until it’s been reviewed at least twice. It can specify what sort of notification is necessary when planning time off. Whatever it takes to keep the team running smoothly, effectively, and all of the members working in concert with one another. When the team holds members accountable to the agreement, it’s not punitive. It’s a reminder of what we all agreed to.

But there are pitfalls with the working agreement. I’ve facilitated several working agreement sessions now, and I’ve rarely been satisfied with them. Not that the team did anything wrong, but I had a vague sense that, as a facilitator, I could have done a better job. I’ve learned to take that as a cue to re-examine my approach.

Here are some things I would change about past working agreement sessions I’ve been a part of:

At scale, what is the absolute minimum that is necessary to keep many teams in alignment and functioning smoothly? It is the facilitator’s responsibility to understand this, and make sure the team of teams isn’t crafting something impossible for a scaled environment to live up to.

The signpost needs to point to a clear objective, and offer clear, easy-to-remember directions to the destination.

Does your team have a working agreement?  What have you learned while crafting one with your team? Join in the conversation below or Contact Us.

Anthony Bopp, Scaled Scrum Facilitator
Anthony Bopp is a certified scaled scrum leader and Agile coach, as well as Scaled Scrum Facilitator. In his 15 years at ISE he has worked on a wide range of projects from educational software to embedded systems to client-server enterprise applications. He enjoys planning flexible and comprehensive test approaches to complex software, and helping scrum teams on scaled projects integrate more smoothly together. He’s a photographer in his spare time, and has been known to appear in a stage play or two.